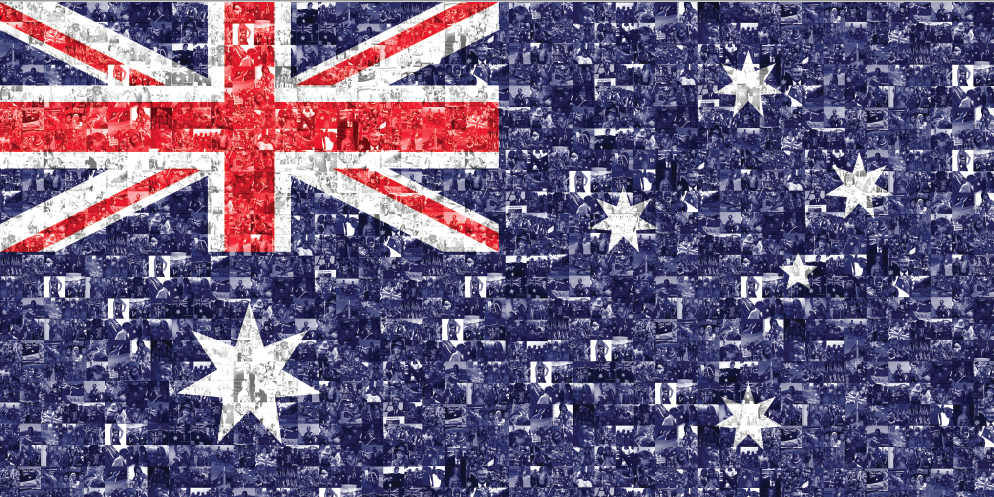 One reclaiming already claimed authority
The “Others” made to feel inferiority

Identity boxed as the minority.

Bigotry waved in plain view
Ignorance as strength packaged as true blue,
Patriotism renewed with a constellation tattoo
Celebrated as Amnesia Day over a barbeque.

The “Others” meek history deems them truth

But its all histories known to too few.

"Populate or perish"
The values a Nation once cherished
Post war immigration made the economy plumper
Now we fear it will make our economy plunder?
Haven’t you heard of the Gold Rush?
Do I dare say EUREKA!

Anglo Ancestors were the first queue jumpers
Land grabbing in droves, they did not encumber
From convict crews they arrived in numbers,
To sing an anthem of boundless plains to share
But is that just for the privileged fair claiming heir?
Is Advance Australia still complexion fair?
The flight of everything “Other” is never free and always rare.

We encore our Anzac war
And still ignore a black history of frontier war,
Young is not a timeless legacy to Aborigines
Every other Australian heritage is in fact refugee
I have fallen out of love with a Nation in discrepancy
Love of country, Girt by sea in All our hearts,
Let us rejoice…………