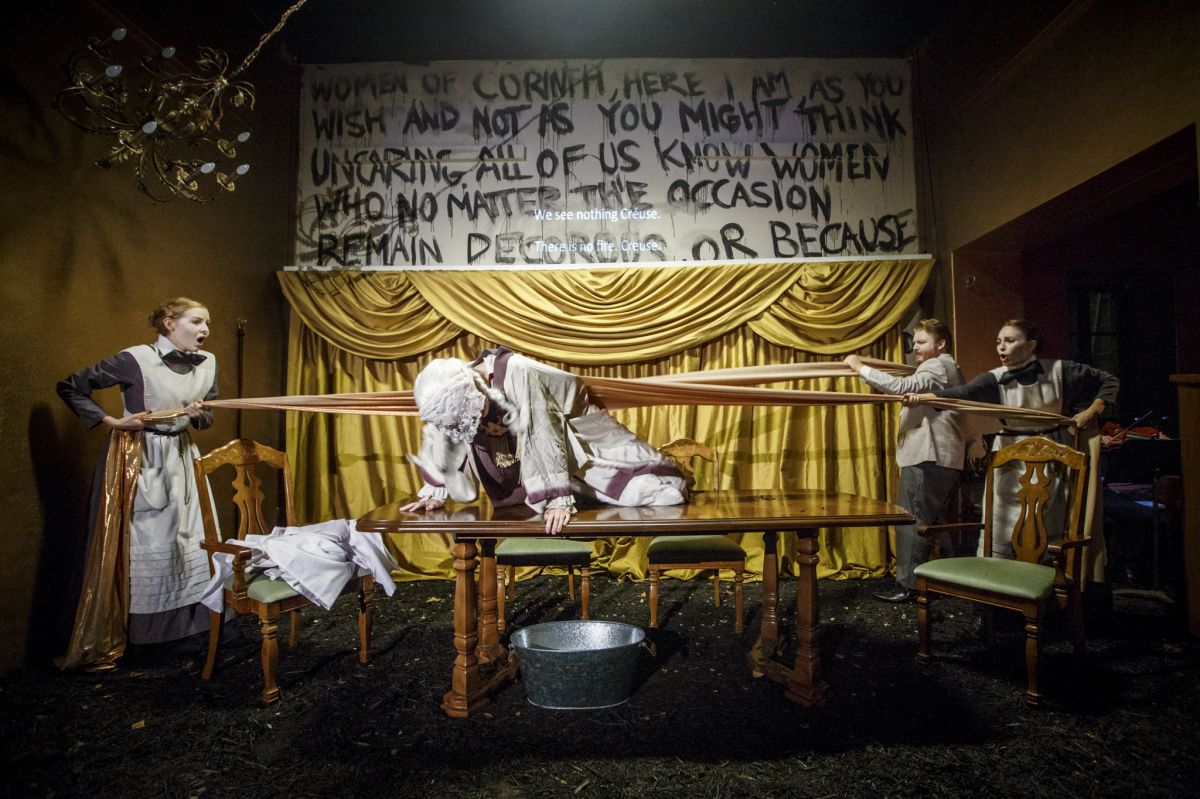 Lost & Found is a new opera company with a mission to rediscover lost operas and present them in found spaces that speak to the resonance of the work. In this production, Lost & Found has partnered with FAC to present Darius Milhaud’s (1892–1974) 1938 opera Médée. Taken from the final sections of the ancient Greek tragedy Medea, Médée explores a woman’s psychological state as it shifts from the contemplation of marital infidelity to exacting revenge and, in a chilling climax to the slowly wrought catharsis, the murder of her two children.