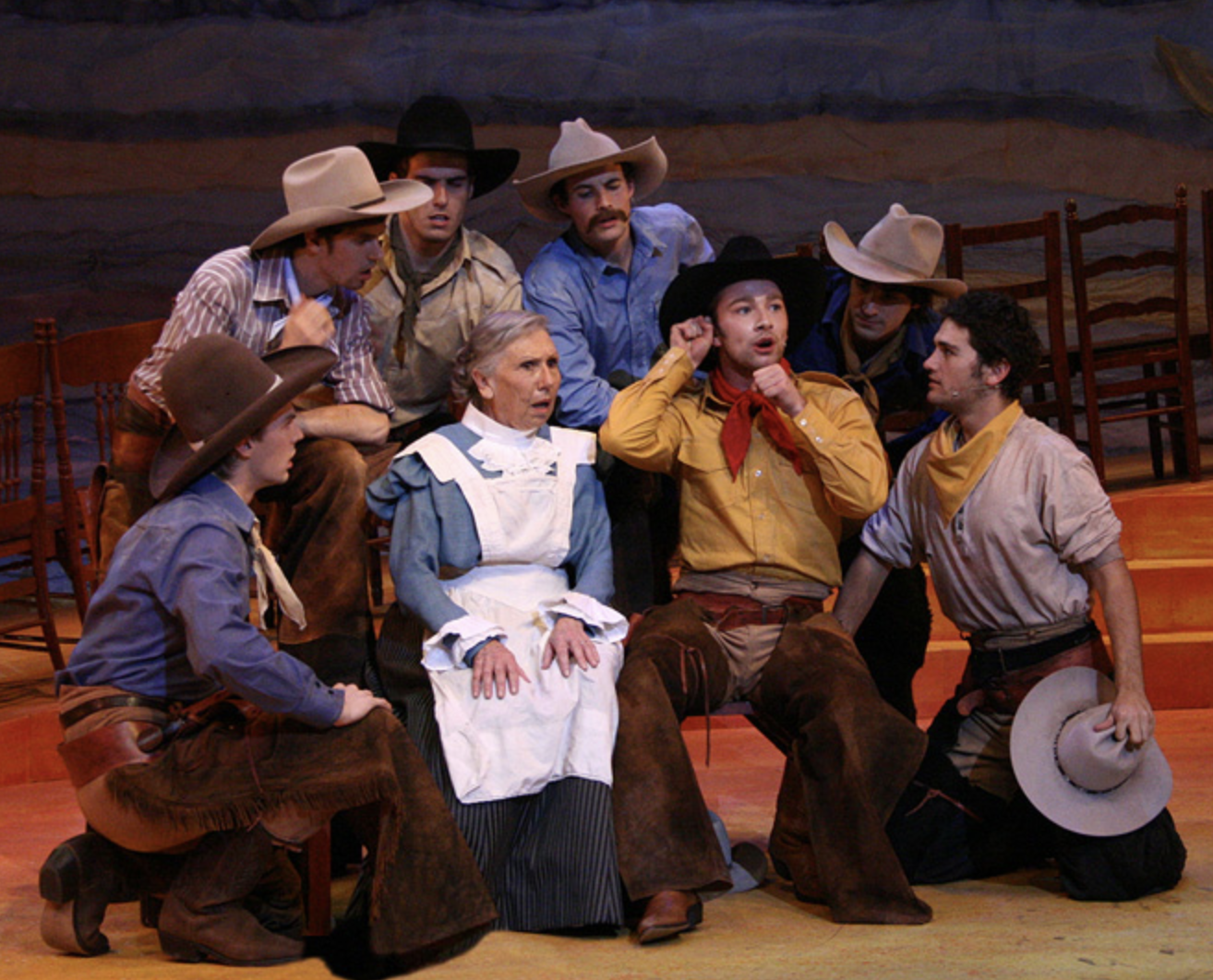 Set in the times of the early 1900s', the musical is partially about the Indian Territory becoming the state of Oklahoma but mainly centres around a couple of young cowboys (Curly McLain and Will Parker) winning the hearts of their sweethearts (Laurey Williams and Ado Annie) despite the interference of Judd, a hired hand with a dark nature who is a misunderstood character and a sly but charismatic roaming peddler, Ali Hakim. This musical has been a box-office smash since opening in 1943 and is one of the most respected, popular and well known musicals of all time.