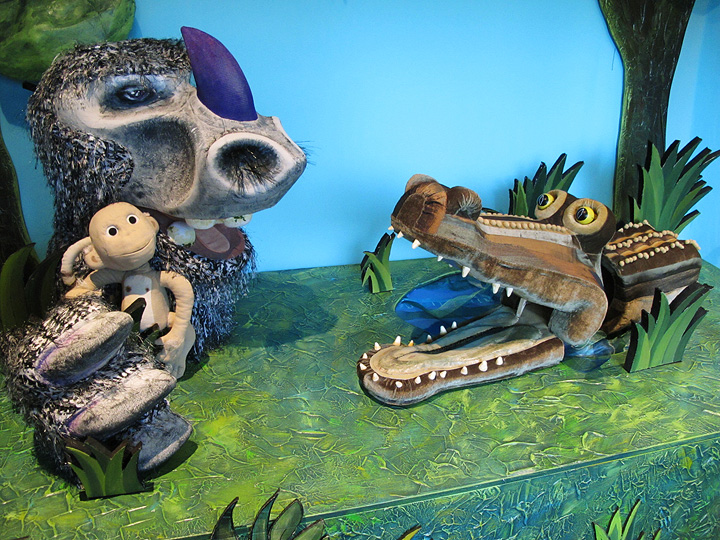 The children’s opera is about a clever monkey, Trevor, who encounters several dangerous animals (a Panther, a crocodile, and a snake). Each animal tries to eat Trevor. Trevor out wits the animals and tells each one that he is going to dine with his friend, a Gurdy Beast, whose favourite food happens to be the relevant animals. This scares them off. Trevor thinks the Gurdy Beast is a fictional creature but he encounters a real Gurdy Beast. Scared, he tells the Gurdy Beast that he is the toughest animal in the jungle. The Gurdy beast and Trevor walk through the forest, encountering the animals that had tried to eat him. Each animal is terrified by the sight of the pair and runs off. The Gurdy Beast is impressed by Trevor’s apparent toughness. Trevor discovers the Gurdy Beast is a vegetarian in the end and they become best friends.

The photos shown are from the piece the Gurdy Beast.