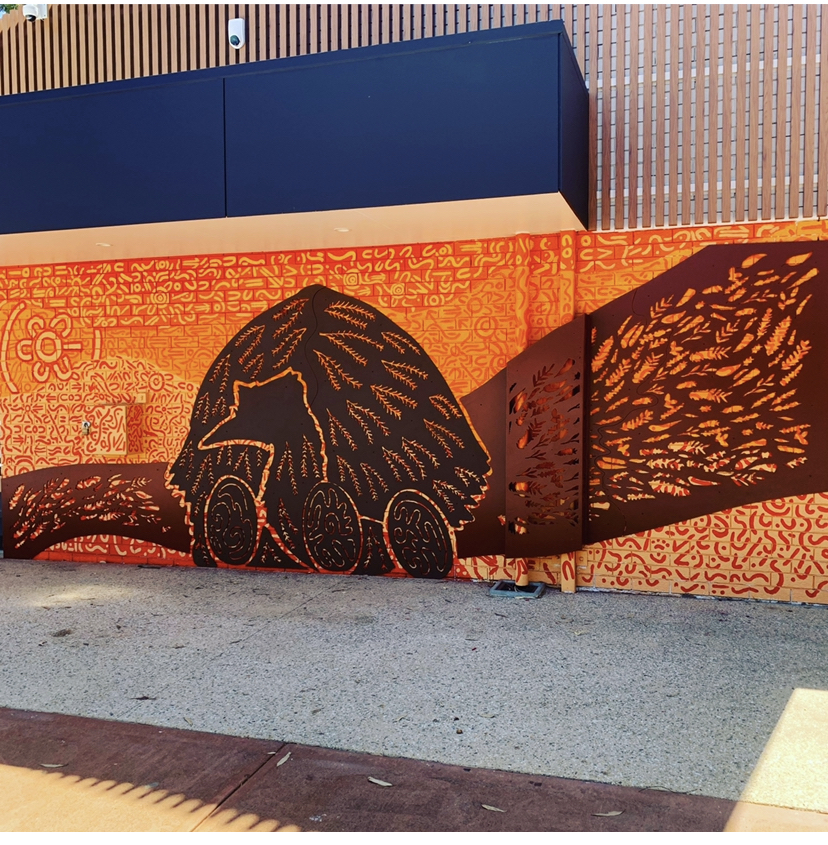 After talking to the community about the various histories that are represented in the space, we wanted to as a team acknowledge the country foremost as a major trading route of the Bibbulmum people for ochre and where emu’s gave birth. The symbols are a dichotomy of language showing objects being traded, animal tracks, campsites, objects from the environment and is not a singular story but many to show multiple groups of people interacting in this space.