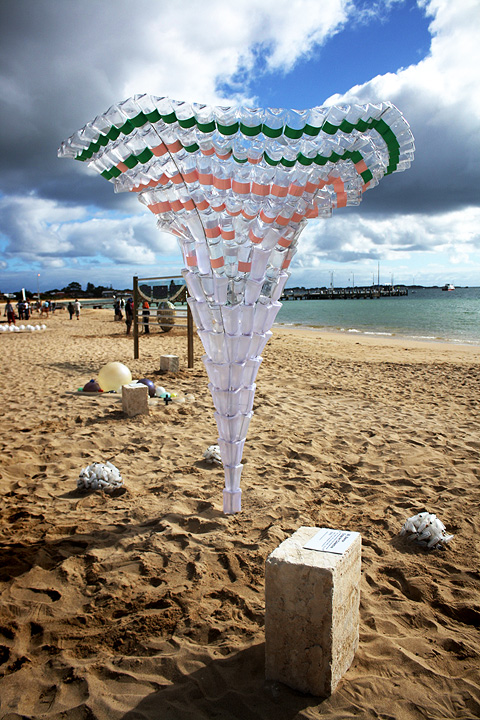 The organic tube-like structure is suggestive of the title which refers to “trumpet animalcule” or a single-celled and trumpet-shaped protozoa that is commonly found in freshwater lakes. The Stentor species lives symbiotically with certain species of green algae. After being ingested, the algae live on while their host absorbs nutrients produced, whereas the algae, in turn, absorb and feed on the Stentor's metabolic wastes.